It’s Good to be Home 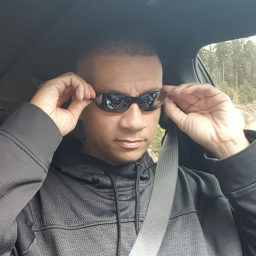 From the moment we can walk and talk, we carry the ever increasing weight of a single question.  A question that, for some of us, looms overhead like a dark cloud, growing darker with each passing decade…

“What do you want to do with your life?”

As a child, I was bombarded with a similar question at birthdays, family reunions, classrooms or wherever else I might encounter a chatty grown-up.

“What do you want to be when you grow up?” they would invariably ask.

I remember clearly the first time this happened.  It caught me off guard.  I didn’t want to seem unprepared, so while my brain scrambled for an answer, my mouth said “garbage man” (That’s what they were called back then).  As a five year old, growing up in Gary, Indiana, in the Seventies, garbage day was the highlight of my week.

I would hear the noise from the diesel engine several blocks away and immediately drop my Hot Wheels cars, electronic football game or whatever I was doing, and dash to the alley!  And there it came like a noisy metal monster, almost too big for the alley, lumbering slowly toward me.  Two men rode on the outside of the truck!  That, alone would’ve been enough to sell the job to me.  But the best part was yet to come.  Once the men fed the garbage into the gaping maw on the back of the truck, they would sometimes have to compress it.  Levers would be pulled to operate a powerful hydraulic system that could crush anything into oblivion!  It was awesome!

It didn’t take long for me to notice adults were unimpressed by my trash collecting aspirations.  I couldn’t understand why.  It was obviously the best job in the world.  But I couldn’t take any more of their disapproving looks, so I abandoned my first career before it ever got started.  It would not be the last. In the Eighties, during an episode of Trapper John, MD, I decided I was going to be a doctor.  That answer was a big hit with the grownups. No more disapproving looks for many years.  It was my father who finally convinced me that medical school was not in my future.  As evidence, he submitted my modest grades and my complete lack of interest in anything medical or school.  But he did buy me my first camera.  So of course, now I would be a photographer.  That lasted only a few months but I had some artistic skills so surely I was going to be an artist.  After graduating high school, I even went to an expensive art school in Chicago.

By then, the realities of adulthood were setting in and it was time to get a job.  I took whatever random job paid the bills, but it turned out I was pretty good at working a random job.  I even made some good money over the years doing anything from retail to truck driving.

This would be the happy ending of the story, if life was all about what you do to earn money.  Instead, it’s about who you are, what your life means to you and what will you do with it.  Most of us only get one life, so it feels like an important decision.  Should I take this job? Should I marry? Who should I marry? Should I have children? Should I get a dog?  Should I try organic, vegan, fair-trade yogurt?

For me, joy and peace were found not in a job or the approval of others, but in the freedom of travel and van life.  If you ignore the pressure from your friends, families, teachers, religious leaders, societal programing, and even the pressure you put on yourself, if you are truly honest with yourself, and ignore all outside influence, dig deep and ask what truly makes you happy, you might just find a life of joy and peace. So the next time you are confronted with a child and you feel compelled to ask, “What do you want to be when you grow up,” perhaps instead ask, “What makes you happy?” I asked this very question of my eight year old nephew.  With hardly a moment’s thought, he replied “cake.”

Curtis spends his time being the shiz-nit.

It’s Good to be Home